NFA Engravings are only $50 and are completed while you wait, in about 15 minutes. 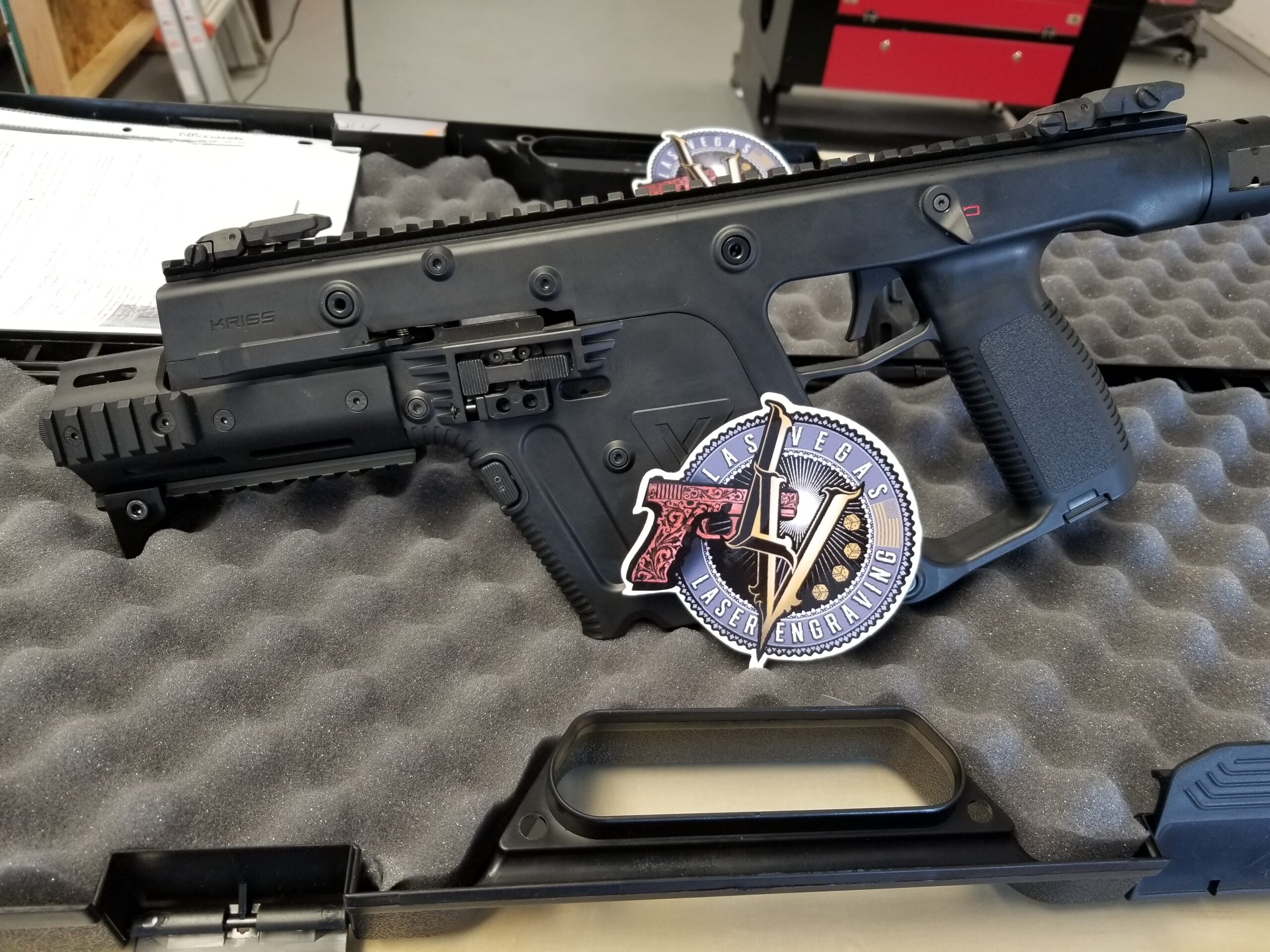 “I have a very strict gun control policy: if there’s a gun around, I want to be in control
of it.” Clint Eastwood was right on the money with this quote, however, he probably
wasn’t thinking about gun laws. We live in a world of regulations, more specifically,
NFA regulations when it comes to certain firearms and weapons – queue Las Vegas
Laser Engraving. When you need your firearms engraved to stay compliant these
guys are the people to see.

LV Laser Engraving is one of the few companies in Las Vegas that are able to
engrave and make your firearms NFA compliant. This law requires you to engrave
your name and the location where you made your firearm into an NFA item. The
firearms that are included in the NFA (National Firearms Act) are specific. They
include your shotguns (or weapons made from shotguns) with barrel(s) less than 18’,
your rifles (or weapons made from rifles) with barrel(s) of less than 16’,
machineguns, and any silencer.

While getting your firearm engraved, make it a point to check out their gun
customization options as well. You are able to customize as little or as much as you
want with whatever fits your style. Every job is custom tailored to you and the guys
will work within your budget to determine the best artwork for your firearm.

The owner, Brian Lack, started engraving firearms as a hobby and has since grown to love the art and ‘making cool shit for cool people’ as he
would say. Brian and his team are not only able to help you with your NFA
requirements, but they are also able to customize your firearm with many designs as
well. Just some of the designs include – monograms, military branches, Mr. and Mrs.
(as a commemorative token after tying the knot in Las Vegas, of course!) and so
many more. The team is also able to engrave just about anything else while your
there so don’t forget your other items along with your firearms!

While your visiting the Sin City, or if your just a short drive away, check out LV Laser
Engraving and complete your NFA firearm requirement and make your other
engraving ideas a reality. You can check them out at
https://www.lvlaserengraving.com and make sure to follow them on Facebook to get
some new ideas for your own firearms at
https://www.facebook.com/LVLaserEngraving .